Before you get mad, I'm a vegetarian. Just like Einstein. Also Hitler.

pbackx
reply
The choices people have to face these days ... agonizing.
Ghent, Belgium

CallMeWilliam
And its absolutely true, and there is value in diversity of existence. But, there's not a need for near so many angus cows as do exist. Eat less meat, not no meat.

Sunset on the British Empire

When (if ever) did the Sun finally set on the British Empire?

It hasn't. Yet. But only because of a few dozen people living in an area smaller than Disney World.

The British Empire spanned the globe. This led to the saying that the Sun never set on it, since it was always daytime somewhere in the Empire.

It's hard to figure out exactly when this long daylight began. The whole process of claiming a colony (on land already occupied by other people) is awfully arbitrary in the first place. Essentially, the British built their empire by sailing around and sticking flags on random beaches.[1]This makes it hard to decide when a particular spot in a country was "officially" added to the Empire. The exact day when the Sun stopped setting on the Empire was probably sometime in the late 1700s or early 1800s, when the first Australian territories were added. [2]

Britain has fourteen overseas territories, the direct remnants of the British Empire.[3] (Many newly-independent British colonies joined the Commonwealth of Nations. Some of them, like Canada and Australia, have Queen Elizabeth as their official monarch. But they are independent states which happen to have the same queen; they are not part of any empire that they know of.)

The Sun never sets on all fourteen British territories at once (or even thirteen, if you don’t count the British Antarctic Territory). However, if the UK loses one tiny territory, it will experience its first Empire-wide sunset in over two centuries.

Every night, around midnight GMT, the Sun sets on the Cayman Islands, and doesn't rise over the British Indian Ocean Territory until after 1:00 AM. For that hour, the little Pitcairn Islands in the South Pacific are the only British territory in the Sun.

The Pitcairn Islands have a population of a few dozen people, the descendants of the mutineers from the HMS Bounty. The islands became notorious in 2004 when a third of the adult male population, including the mayor, were convicted of child sexual abuse.[4][5]

As awful as the islands may be, they remain part of the British Empire, and unless they're kicked out, the two-century-long British daylight will continue.

Will it last forever?

Four hundred years from now, in April of 2432, the island will experience its first total solar eclipse since the mutineers arrived.[6]

Luckily for the Empire, the eclipse happens at a time when the Sun is over the Cayman Islands in the Caribbean. Those areas won't see a total eclipse; the Sun will even still be shining in London.

In fact, no total eclipse for the next thousand years will pass over the Pitcairn Islands at the right time of day to end the streak. If the UK keeps its current territories and borders, it can stretch out the daylight for a long, long time.

But not forever. Eventually—many millennia in the future—an eclipse will come for the island, and the Sun will finally set on the British Empire. Did I miss something (or two hundred somethings)?

NO FLAG, NO COUNTRY.
Brooklyn, NY

"NO FLAG NO COUNTRY"
Indianapolis

Andi_Mohr
reply
This could be my favourite What If? ever, mainly for "British Emergency"

rjstegbauer
Whatever happened to "Keep calm. Carry on."

tdarby
"...repeat, this has been a British Emergency. Had this been an actual emergency, you would not have heard the gentle shatter of fine china against the floor." 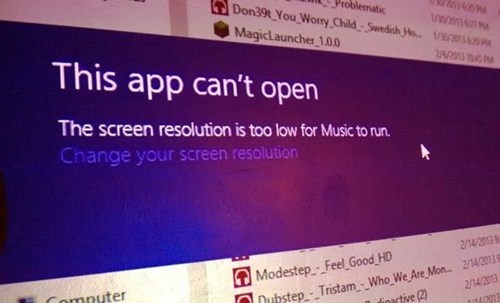 Submitted by: Unknown (via Geeks Are Sexy)

zelig2
reply
They had some nice arms back in the day...